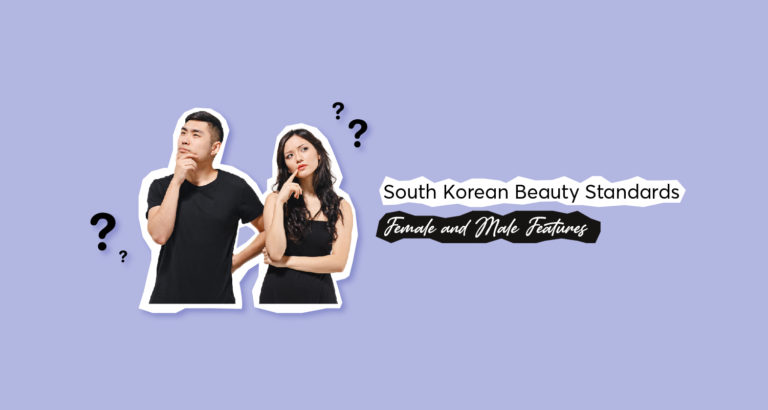 If you’ve ever seen a K-Drama, K-Pop video, or encountered the culture in any way, you know that South Korean society does NOT shy away from comments on someone’s appearance.

You heard it right, not even the most famous K-Pop idols and artists are spared of societal expectations.

It’s common for many Koreans, especially many South Korean women, to compare one’s beauty to something else— like food.

If you’re ever told you remind someone of tofu, don’t worry it’s a compliment… promise! They mean to say you have very smooth and fair skin!

Like in many Asian cultures, pale and fair skin, and a clear complexion are admired in both Korean women and men.

People with dark skin used to be looked down on according to beauty standards by most Koreans.

The Korean beauty industry is a CLEAR REFLECTION of this Korean beauty standard, with most makeup catering only to women with pale and dewy skin.

Korean whitening creams are also popular because of their society’s bias towards fair skin.

Koreans like to comment on how distinct or sharp one’s look is, often admiring defined noses, deep-set eyes, and a slim jawline.

Korean beauty standards are so high, they’re impossible for most— even BTS, the most famous idols in the world, don’t meet them.

Many idols are openly made fun of for small eyes or tanned skin because they go against Korean beauty standards. And for those who are just born like that, it’s sometimes hard to believe their faces are untouched by plastic surgery.

Since plastic surgery isn’t taboo either, it’s not weird to ask if someone with defined looks had something done to their face.

It’s so common, that 1 in 3 women in South Korea admitted to having at least one procedure done.

With cultural pressures reinforced by celebrities that are open about undergoing cosmetic procedures, the industry has grown immensely in South Korea.

A Straight and Defined Nose

The ideal Korean nose has a medium incline, with a rounded and defined nose tip like celebrities such as Min Hyo-Rin and Oh Yeon-Seo.

Along with nose procedures, eye surgeries are the most common all across the board, including men and young Korean girls.

This is because most Koreans and Asians have monolids.

Many students ask their parents to gift them double eyelid surgery for their birthdays or graduation. Double eyelids are a charm that everyone seems to want since most Koreans have small eyes.

Girls also learn to put on makeup early on, following Korean beauty gurus’ eye looks that make their eyes look bigger or that teach them how to use double eyelid tape.

Special formulas for eye cosmetics like mascaras and eye creams are also popular in South Korea because of their focus on the eyes.

In Korea, the ideal jaw line is very slim with a V shaped face or V shaped jaw. A small face is also preferred.

You’ll find many Korean people massaging their face and jaws with strange-looking contraptions like it’s an obsession.

They’re meant to relax and define the shape of the jawline to achieve the desired look.

Lots also undergo procedures that involve breaking the jaw or shaving the jaw bone for the coveted v-line.

Like we said, they can be really specific.  The ideal figure would be one with a small face and slim limbs equaling 1:8 head-body proportions.

Believe it or not, it used to be trendy for people to compare their faces with CDs.

Sometimes it feels like there’s no place for a “fat” woman in Korean society.

We say “fat” because a lot of these women are average-sized and healthy.

Korean idol members especially are pressured to maintain a slim figure, with successful diets being rewarded and celebrated.

It’s so normalized that there’s even a saying that the best plastic surgery is to lose weight.

Most Korean shampoo formulas contain straightening ingredients since black, straight hair is the standard for most women.

It signifies healthy hair health and also is one of the first things that Korean men notice when dating Korean women.

The History Behind Korean Beauty Standards

Historically, Korean culture subscribes to conformity, making going against the norm a sign of disrespect— even when it comes to one’s appearance.

Many Koreans grow up under immense pressure to conform to ideals of happiness and success informed by their parents or grandparents who didn’t grow up with much. And yes, this does take a toll on their self-esteem.

This includes meeting the largely unchanged cultural beauty standard, which suggests coming from a good background, ensuring a leg up in many socio-economic aspects of life.

This is also why they don’t SHY AWAY from commenting on how you look— they are usually meant well and only imply they care about you succeeding.

How Would They Judge Foreigners?

They’re pretty quick to compliment foreigners with large eyes and pale skin that meet Korean beauty standards and are welcoming to most tourists.

Unfortunately, the same can’t be said for Koreans who grew up abroad, or for foreigners actually living in Korea.

A Shift in Trends

There has been a definite change, like the super straight eyebrows that used to be a signature of Korean makeup looks.

Natural eyebrows and eyes with monolids (no crease in the eyelid) are being embraced, even in South Korea.

In general, a more natural and healthy look is being embraced, partially thanks to more K-Pop idols, artists, and K-drama celebs loving their natural eyes and skin tone.

If you’re interested in learning more about Korean beauty standards and recent changes, you can watch the video below on the “Escape the Corset” movement. 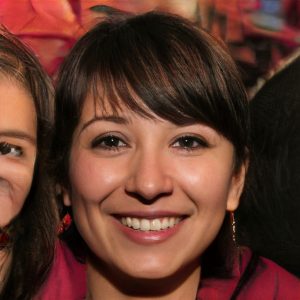